Which Coaching Services Are You Looking For?

READY TO DISCOVER ﻿WHAT'S HOLDING YOU BACK?

If you need personal life coaching in Omaha, we can help! Contact us to schedule an appointment with one of our amazing life coaches!

We support people in making informed decisions about their career development and trajectory, as well as offer various tools you can use to meet your goals!

Here at Life Coach Omaha, we work to help make your lofty goals become a reality. We can help solve goal-related problems, such as creating plans to obtain a goal, overcoming discomfort from leaving your comfort zone, strengthening resolve to accomplish your life ambitions, and more. Whether you are a young adult that is just embarking on your life’s journey, or someone who has been down multiple routes in your seasoned life, we can help you become the better version of yourself.

We provide a variety of services to fit your goal-creating needs, such as career coaching, business coaching, relationship coaching, etc. Life Coach Omaha can provide you with all the tools and resources you need in order to achieve your goals, along with quality service.

Omaha Life Coach has established itself on foundational values that have strengthened our company for years. These values constitute dedication, growth, and empathy. With these three values, we can best provide you with the help you need to feel confident in your aspirations.

We have dedicated ourselves to our clients because we believe that they are worth every moment we put forth in assisting them. This has required diligence on our part for many years and we have ensured that our coaches were the best at what they do. Due to the fact that we never settle for less, our coaches have received the most recent trainings to give you the best tools and methods possible to accomplish your goals. We are constantly growing in our knowledge so you can be sure that you are in the best hands possible.

Being human is also an important aspect from which we cherish. Accomplishing goals very rarely is a flawless process, and there are stumbles along the way. Life Coaching Omaha has learned throughout the years that every person is different and has needs that need to be addressed in a variety of ways. Our ability to understand and address such issues is continually expanding, which helps you feel the ability to confide in us with your goals.

In the Omaha community, we can provide you with the best help and resources possible. We have dedicated ourselves to always having the best knowledge out there when it comes to both goal-making and goal-achieving. Regardless of what you are aiming to improve or grow in, whether in family relationships, physical health, more positive atmosphere, etc., we will be the best possible help.

Just as you have things that are important about you, some important facts to understand about Life Coach Omaha are:

“Life Coach Omaha is not exaggerating when they say they will work with you according to your financial situation. I would definitely recommend, because I know that they do care.”

“Never once did I feel like I was a bother to anyone in the office of Life Coach Omaha. From the moment I called, I felt accepted and it was wonderful.”

“They really do have the best resources out there. I was struggling with my business, but my life coach had all the current methods to help it improve.”

As you go through our services, you will see that our categories are relatively broad. This is because we know that goals can be very specific at times, and we can help you in even the most detailed of seemingly abstract goals. 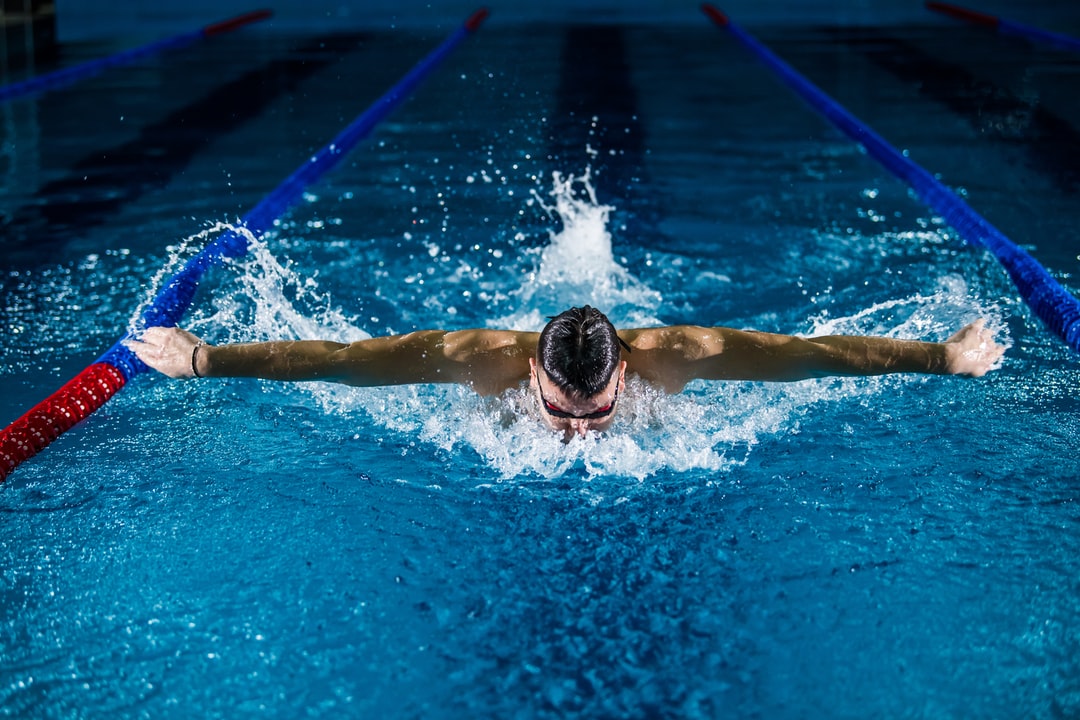 Have you found it difficult to find the best organization for your home so it is manageable on the daily? Or possibly have you wanted to improve your diet and physical exercise capabilities? A physical life coach can help address such concerns and needs because sometimes we need to go back to the basics to accomplish other goals in our lives. 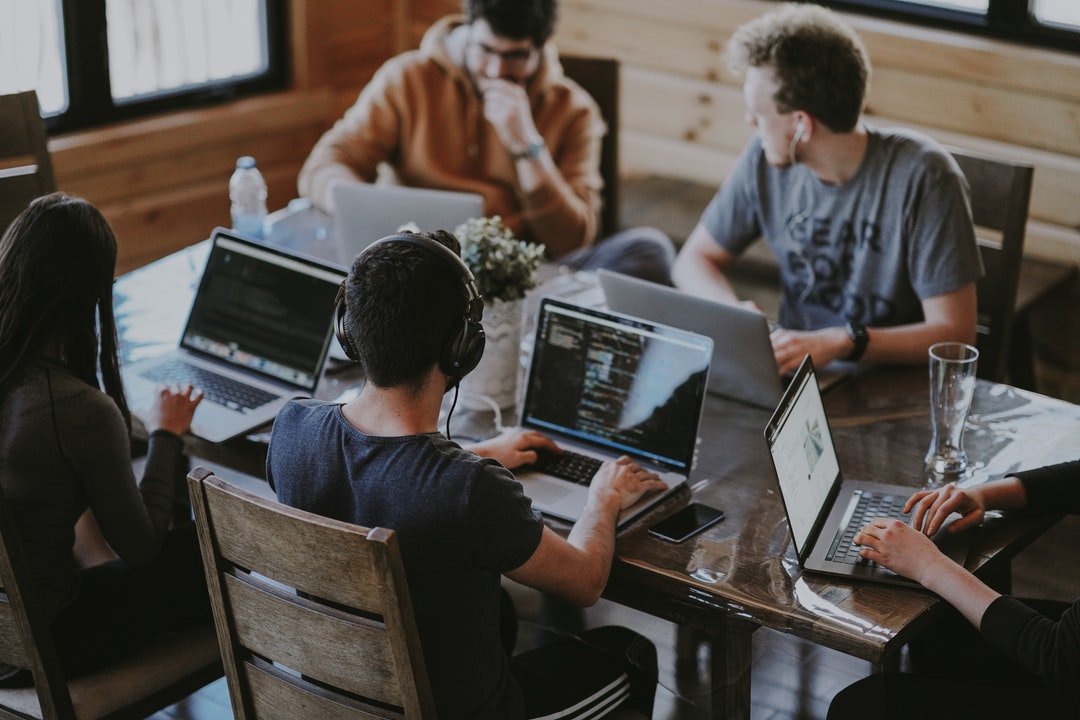 If you are either beginning or in the middle of your career and you have come to a halt, a life coach can answer your current thoughts of “I need to find a life coach”. Career Coach Omaha can help you find new found passions or passions once lost that had previously pushed you forward in your career. A career coach will give you the tools and resources you need to feel your fire grow for your career. 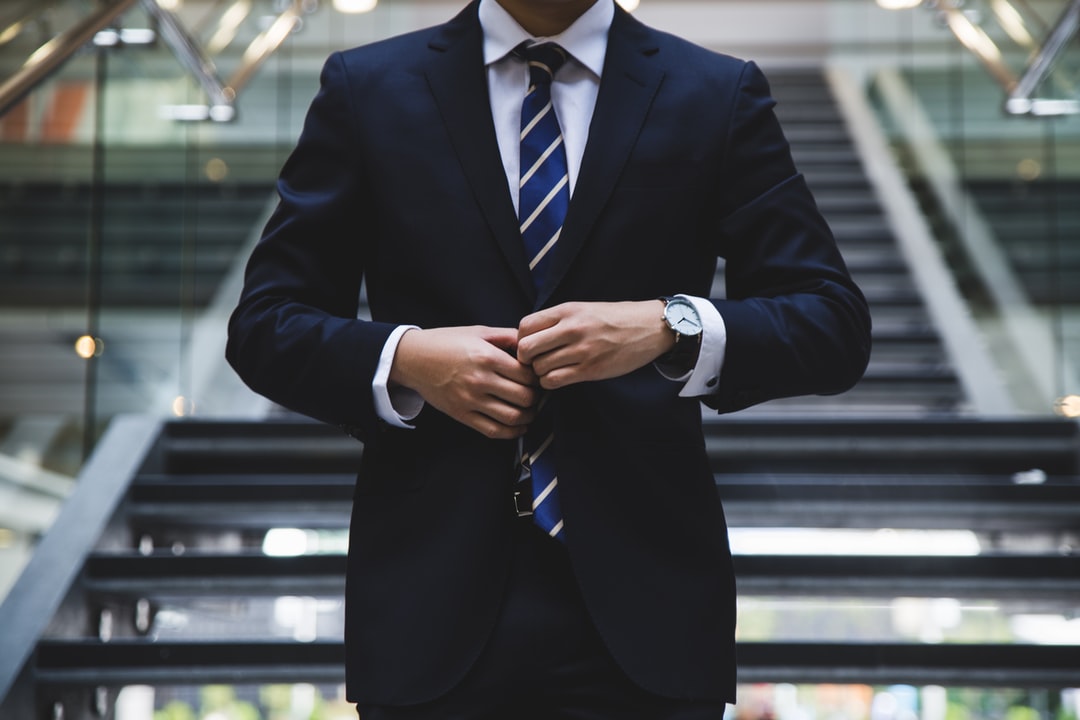 Starting or continuing a business can be quite difficult, but with a business coach you can take more sure steps to lead your business to success. Likewise, maybe you are struggling with being an executive or leader for your business. For whatever reason it may be, an executive coach (also known as a leadership coach) can help you develop attributes and tools for being a better executive and leader. 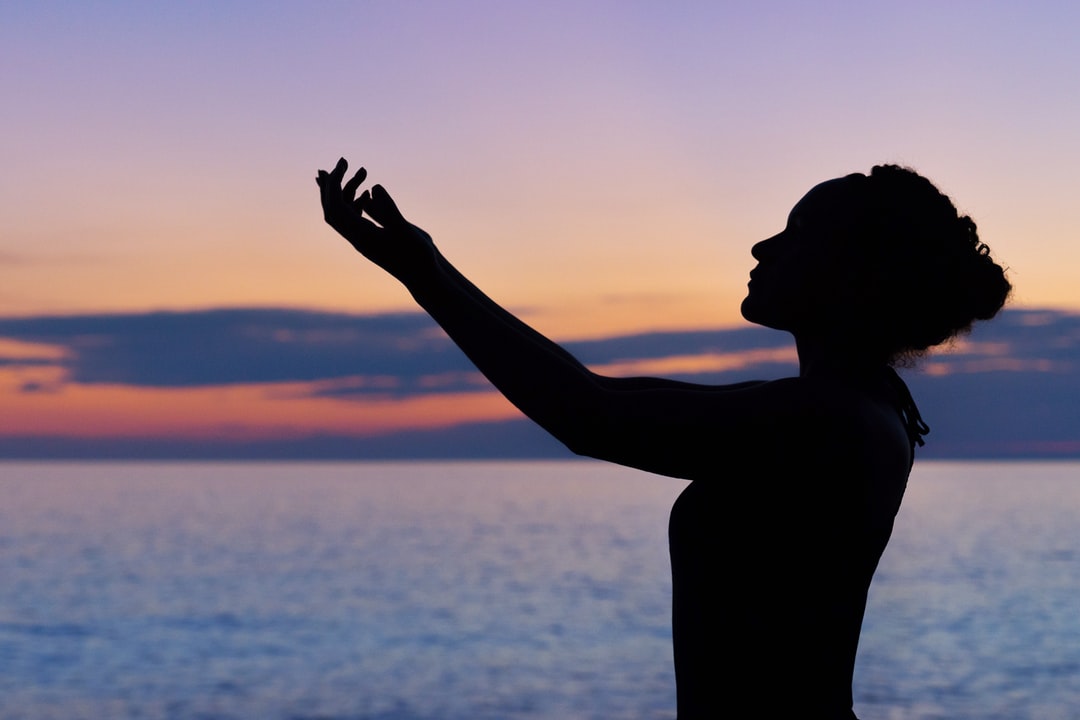 Through Life Coach Omaha, we can help you feel peace within yourself and your surroundings. Sometimes all the things that may be expected of you can be overwhelming. Having a lifecoach who can teach you how to center yourself can be beneficial. Learning how to take a break and to refocus yourself can be a very helpful tool to learn. 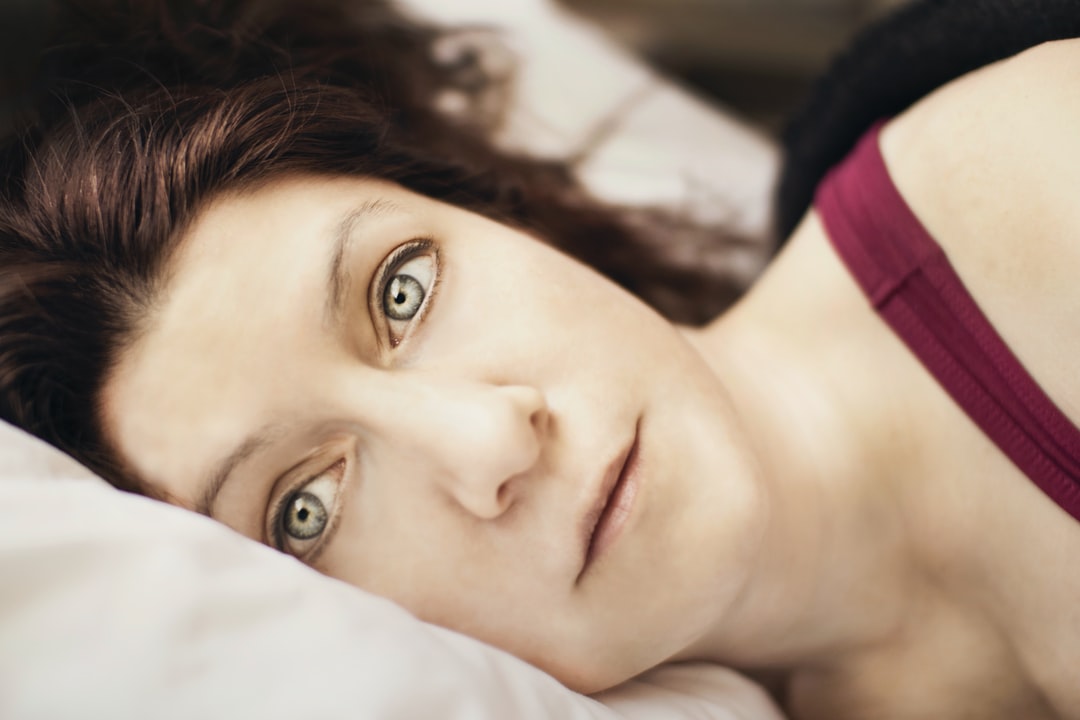 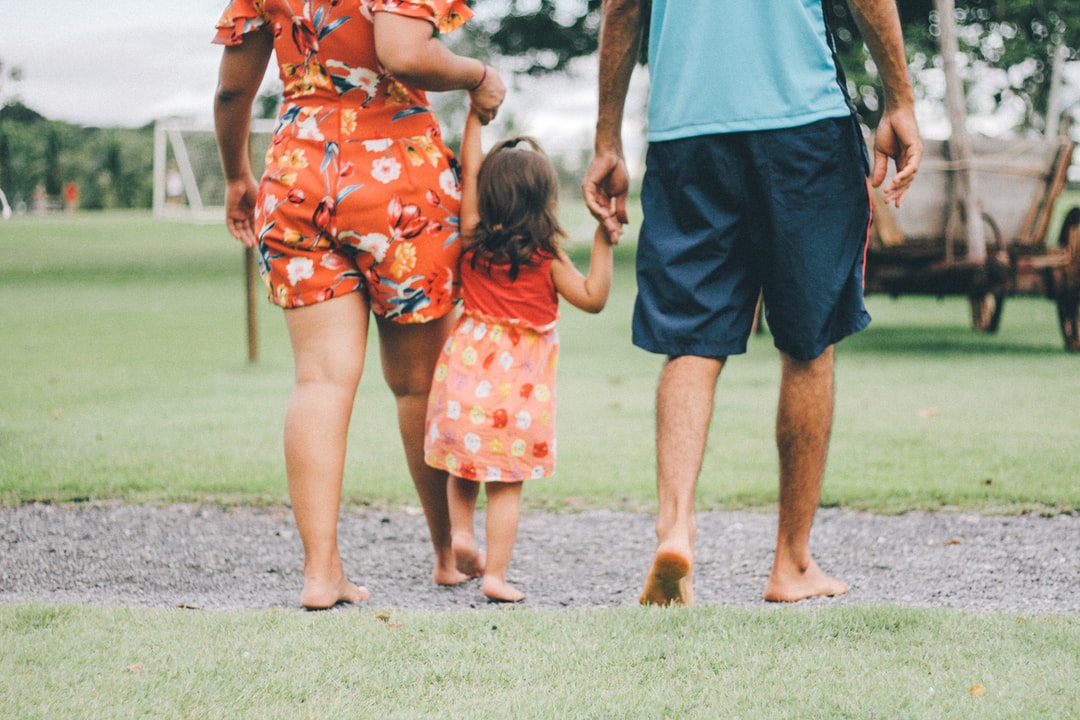 We have many types of relationships in our lives. These circles include family, friends, business partners, coworkers, and so on. Having these circles are important to helping us feel as an integrated part of society, and a relationship coach can help you either build or maintain such relationships. Omaha Life Coach has the best life coaches to help you in your relationships.

What to Expect From Omaha Life Coach

Just as you have certain expectations for yourself, we also have expectations for our company and our coaches. The quality of service that you will receive will not be anything less than exceptional. You deserve to feel valued and accepted, and we can provide such validation.

Our clients have chosen us because of our high standards, along with our compassion. Goal-achieving can be a strenuous process and can take a toll on us if we feel that we cannot quite par such goals. Although we do provide a free consultation, we do not offer any free life coach. But we are willing to work with you according to your needs and this is why we have been chosen time and time again.

Omaha Life Coach has made certain that when you contact us to the end of the service, you never feel like your time with us is a guessing game. On first contacting us, we will want to know the overall vision you have for your goal. This will help us understand where you are coming from and then we can take the next step of introducing you with the coaches we have from which you can choose. Once you choose your coach, you then have the opportunity to discuss in depth with our coach your goal and together, you will make plans to accomplish your goal.

Does Lifecoach Omaha NE have a life coach near me?

Our main purpose is to provide our clients with a life coach. “What is a life coach?” you might ask. A life coach is someone who is qualified to helping an individual or small group achieve a specific goal. They do this by providing you with tools and resources as you create plans together in your goal achieving. A life coach has many uses, but if you are looking for something that is not specific to our life coaches, feel free to call and ask. We will gladly answer any questions you may have.

What if I am not satisfied with the life coach I initially chose?

We have various life coaches, each with different skill sets and emphases. If you find that you are not satisfied with your current life coach, call in and we will get you a different coach according to your choosing. All this will be done with no hard feelings.

How often do I meet with a life coach?

The frequency with which you meet your life coach is something that you two will discuss together. Some people choose to meet weekly, some more often, and some less. It really depends on your situation, so speak freely with your life coach about what you need.

Omaha is the largest city in the state of Nebraska, and is primarily built in the Missouri River Valley. It is known for having one of the best zoos in the world, which includes the world’s largest indoor desert, glazed geodesic dome, and largest indoor rainforest. A renown attraction in Omaha is the Bob Kerrey Pedestrian Bridge (otherwise just called “Bob”), which is a 3,000 foot fridge that floats over the Missouri River.

With a population of about 468,000 residents in the Omaha area, the median household income is about $59,000. The economic contributors of Omaha are agriculture (due to the large amounts of farmland in the area), food processing, insurance, and transportation. In fact, Omaha is famous for the “farm-to-fork” movement, which encourages using the fresh ingredients that are produced locally.

Other cities that surround Omaha are:

Our services have provided a life coach for women and men in all areas or times in their lives. We are confident in our ability to give you the most recent tools and resources possible to help you in your life ambitions and goals. Not only do we have a lengthy relationship with the Omaha community that guarantees personalized help for you, but we also take great care to ensure that your unique needs are met.

No longer do you have to wonder “How to find a life coach?”. Call us now for your free estimate and consultation and we will help answer this question and more. At Life Coach Omaha, we can guarantee a service that is worth your time and effort.

Which Coaching Services Are You Looking For?

Legal Disclaimer – This is a referral site. All work completed by a licensed professional.